Speed of Vehicles in Hannington - Results

A number of residents have raised concerns regarding the speed of vehicles driving through Hannington.   Parish Councillors met with a representative of Hampshire Highways Department and discussed ways in which speeds could be monitored and controlled.  At the latest meeting of the parish council held on 3 December, attended by 14 residents, the results of the speed survey undertaken by HCC were presented to the meeting and the contents of the cover report were read out by the Secretary, and are reported in full in the December Minutes.

As the report was only received on the day of the meeting, there had not been enough time for the councillors to read, absorb and interpret the data presented by HCC. The parish council undertook to review the data tables and to circulate the detailed findings to residents. We have now had time to read through the detailed results and though they are not the easiest of reads, we are happy that the maximum speeds are as those reported to the meeting and, in particular, Hampshire have confirmed that no vehicle exceeded 30mph during the seven-day trial.

The survey was undertaken using three speed cameras located as shown on the map below, and took place 24 hours a day over seven consecutive days. 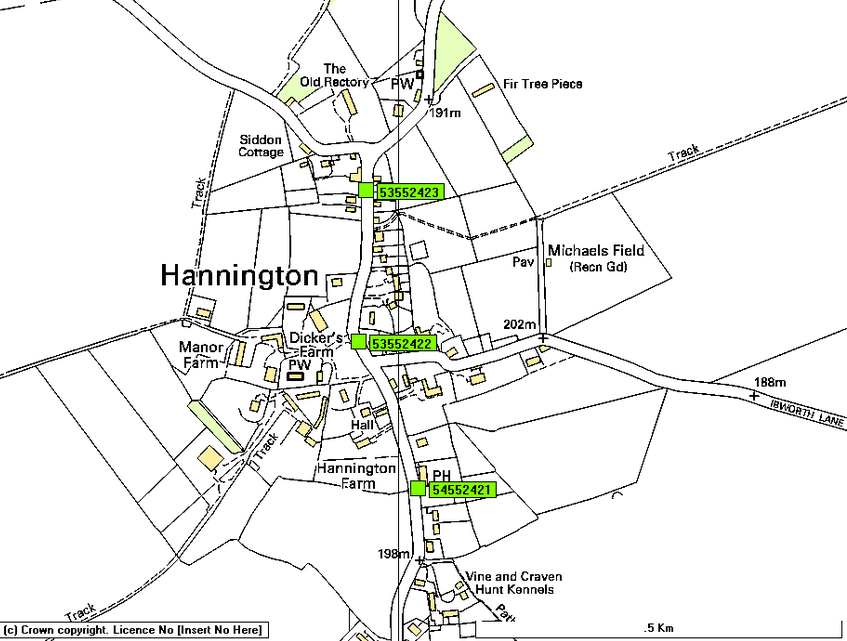 In an attempt to simplify the tables and to make them easier to understand we have combined the separate ‘number of vehicles’ tables and ‘speed’ tables into a single table for each of the three cameras and have attempted to draw out key messages by highlighting specific columns.  We hope this helps.

Notwithstanding that the data would not appear to show that vehicles are driving at ‘excess speeds’, we are still concerned that this does not fully reflect the dangers to residents when you take into account the combined effects of the narrow and winding nature of the roads, the lack of pavements, the close vicinity of some of the houses to the road, and that all of these factors are then further exacerbated when there are vehicles parked on the road.  For this reason your parish councillors are still actively engaged with Hampshire Highways Department to see what other options are available that would slow traffic further and make the roads safer for residents.  Details of these options are reported in full in the December Minutes.

The files below presents three data tables (one for each camera) of the statistical analysis provided by Hampshire Highways dept from the survey.  I have tried to simplify/combine (what was six tables down to three) to make it as understandable as possible whilst still providing residents with the full data (as promised at the meeting).